Lesson to be learned from Eastern Architecture 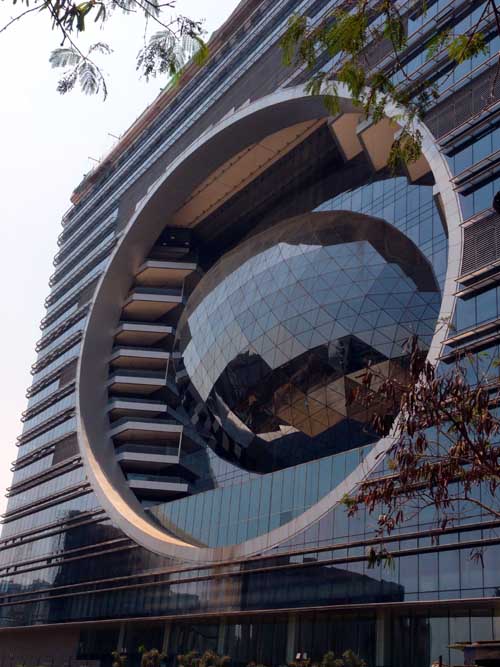 I just spent two weeks in an Eastern country. While sorting the 120GB of photos and videos taken there may easily take a year or so, I thought it would be interesting to share the early key observations. These items we often see in Western architecture as well; however, seldom with such intensity and clarity.

What helps is the assertiveness of the users and occupants of buildings, who clearly make their own statement about the performance of their facades by adding components improving their usefulness. It can help understand their needs and adjust the architecture to comfort them rather than fight them. Unfortunately, the Western architecture often lacks a honest feedback of this kind and therefore may continue to design oblivious to their users’ requirements. 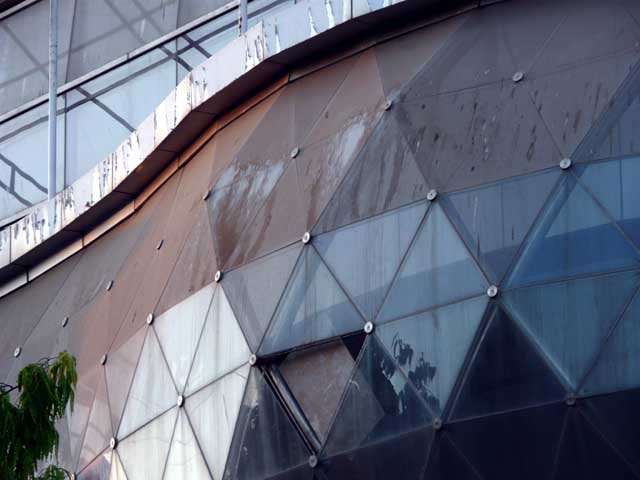 Modern architecture spoiled by deferred maintenance: lack of window washing, peeling of the protective film of aluminum composite panels, and the triangular point-supported glass. Such a glass is challenging to replace; therefore, a re-glazing is doomed. 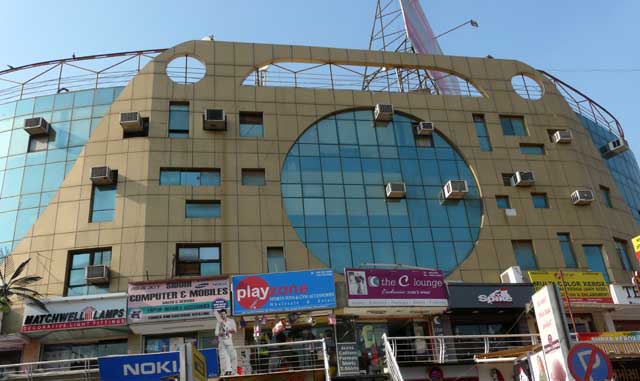 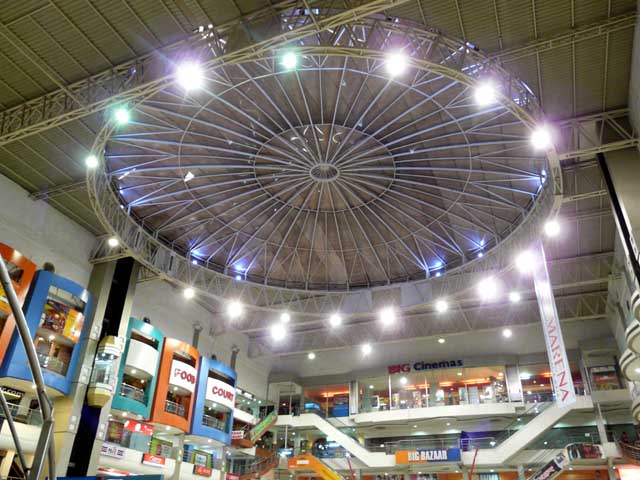 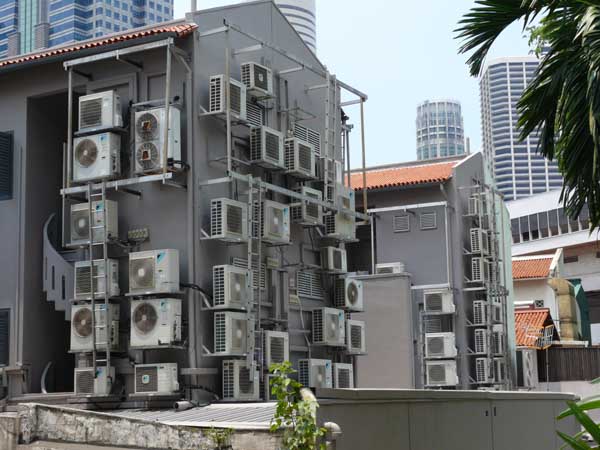 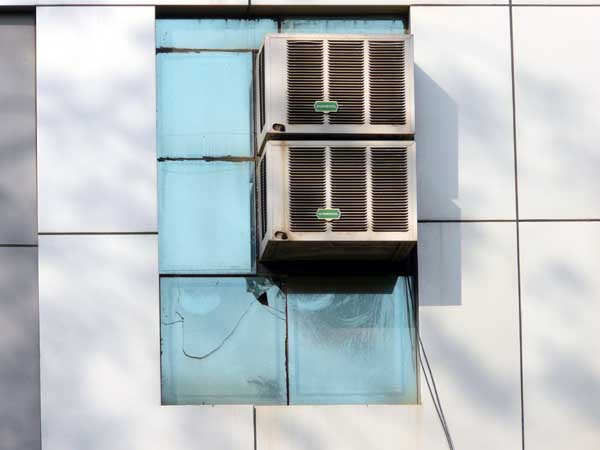 Window AC units stacked in a broken window of a modern facade. 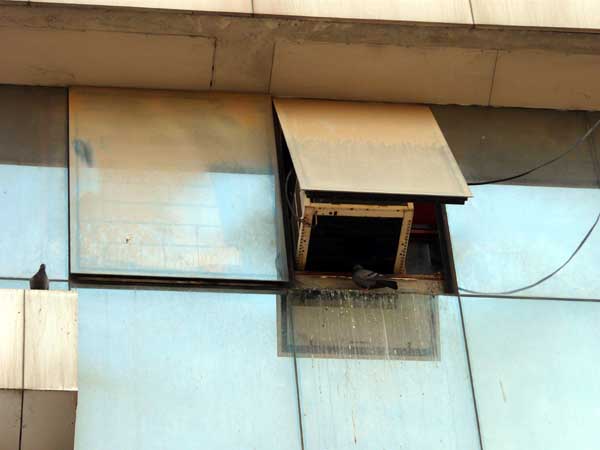 Package AC fit into a projecting window of a structural curtain wall, giving shelter to  a happy pigeon. 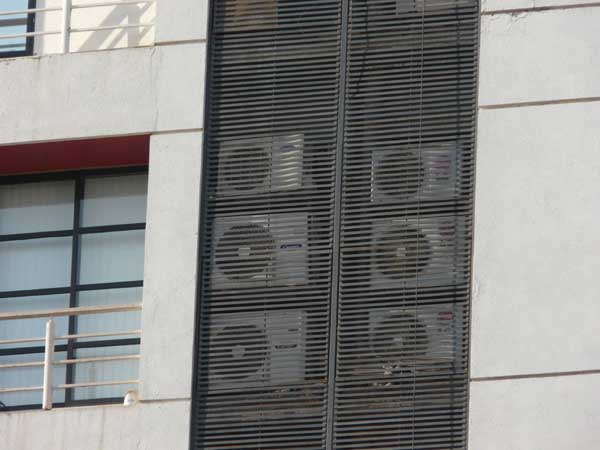 Rare example of a coordinated facade design with condensers hidden behind the screen. 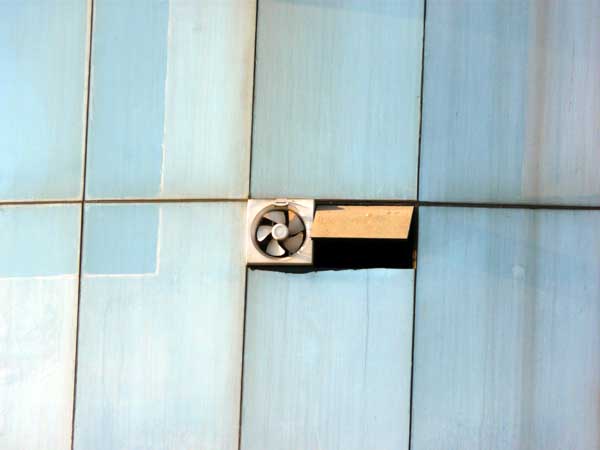 Bathroom exhaust fan in a structurally glazed curtain wall of  a modern building. 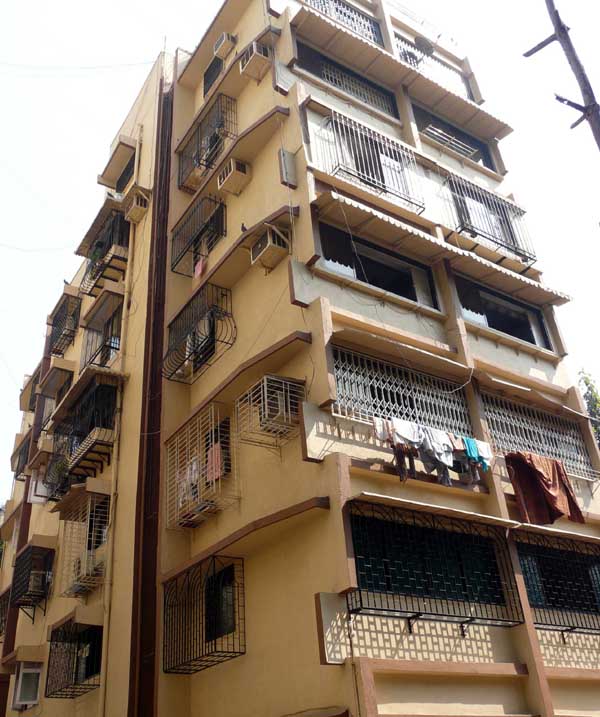 Different bars in every window. Some foldable, some fixed, different patterns and shapes. 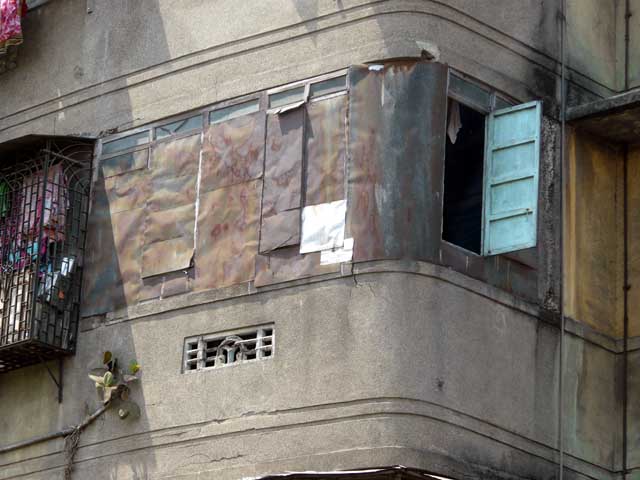 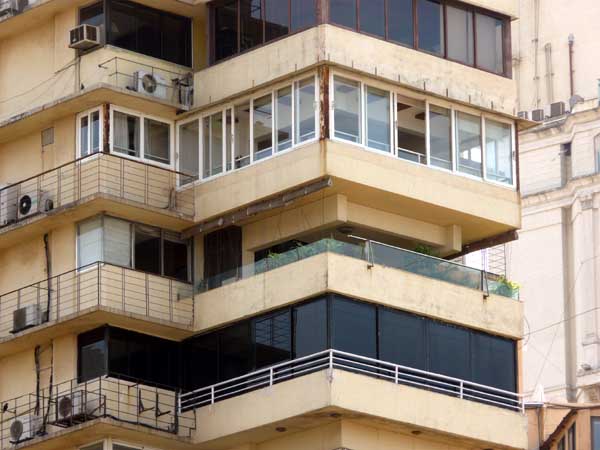 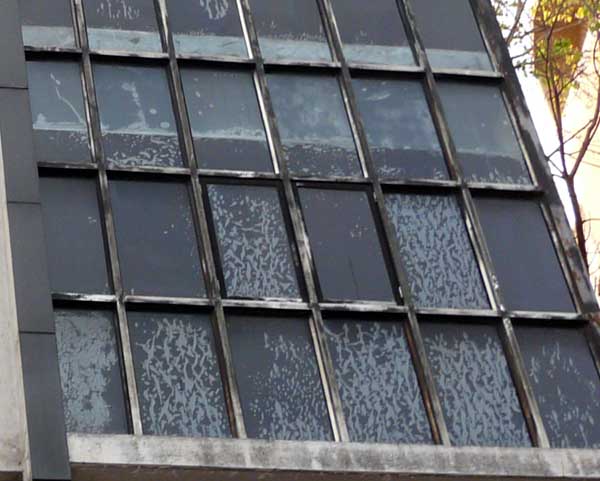 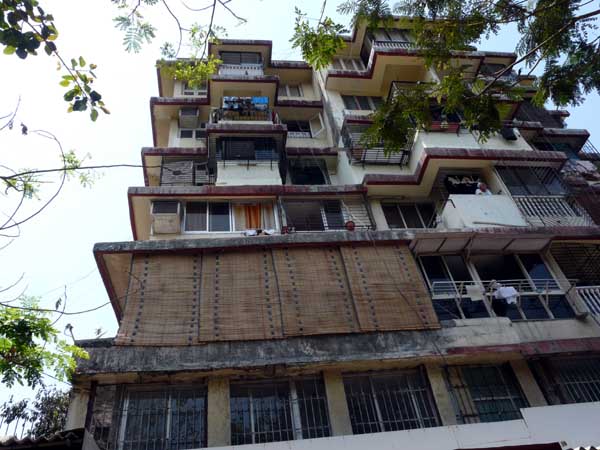 Privacy screen made of straw maEverybody has a right to dry their laundry outside. 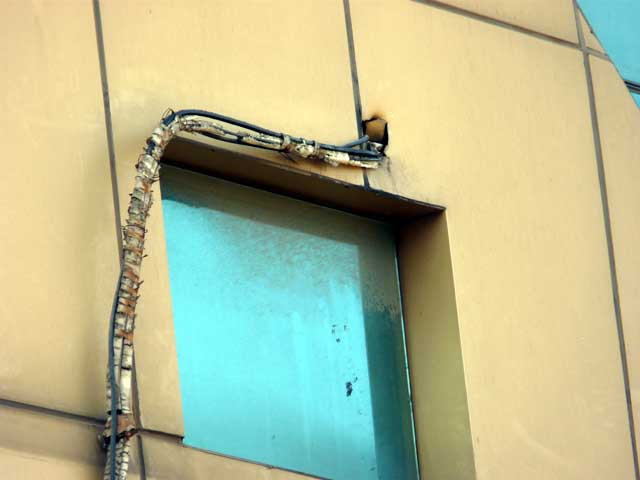 Circuits and copper lines penetrating through an axed opening in composite aluminum facade. 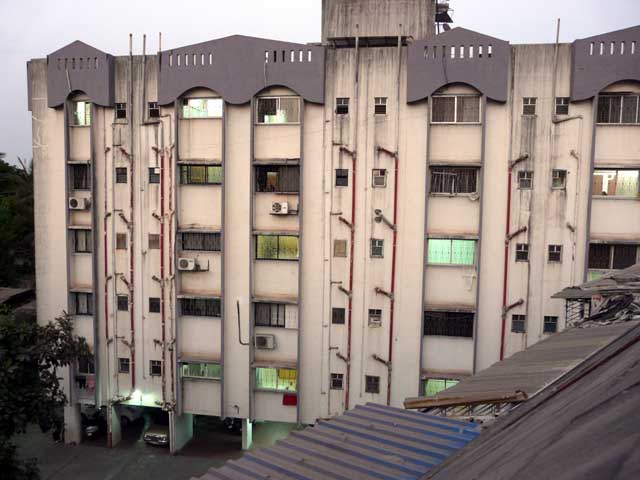 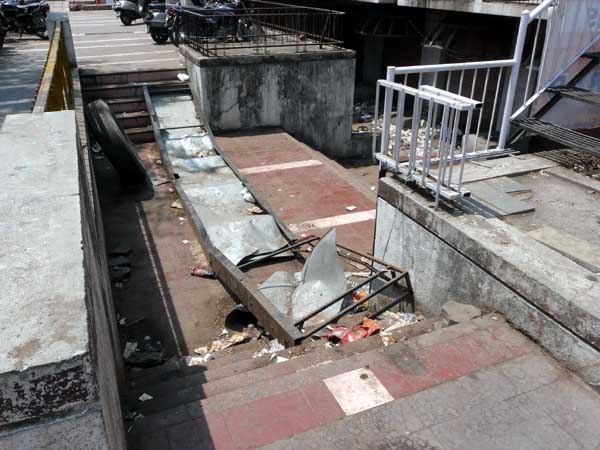 Collapsed ad banner from a facade. 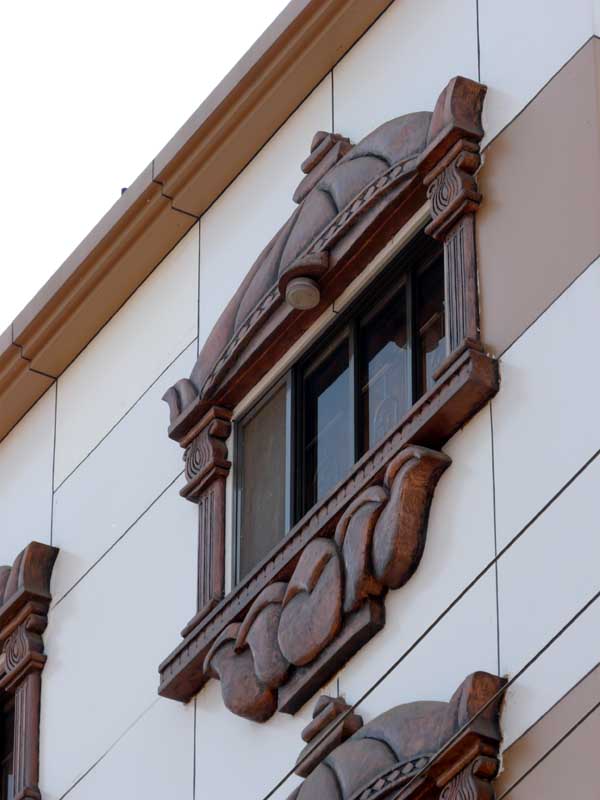 If you lack invention to make your own window, an architect would make it for you. 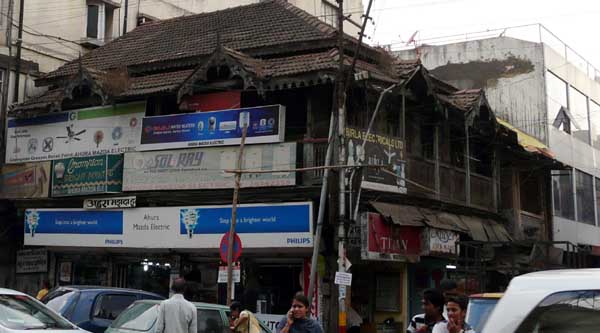 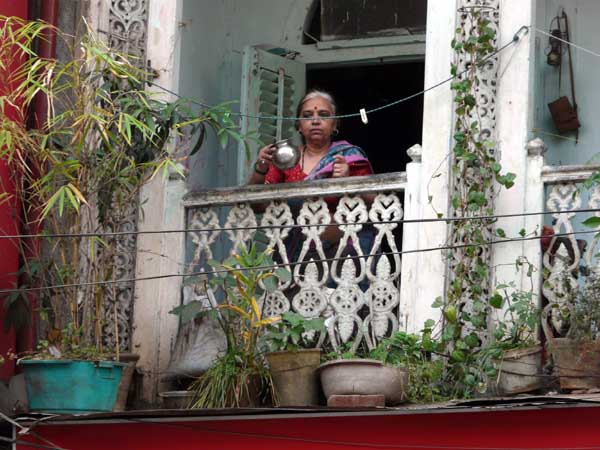 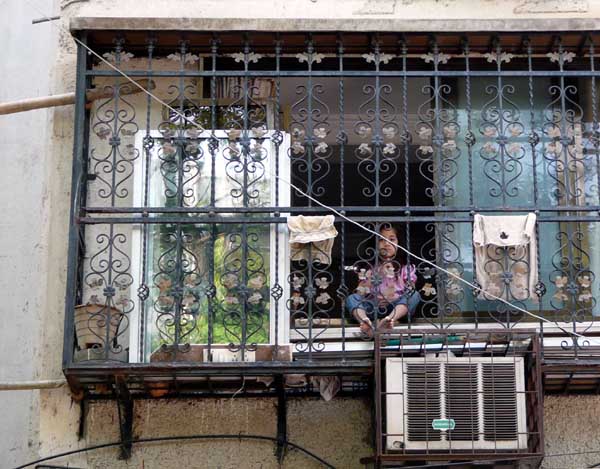 Child behind bars. People add to the facades. 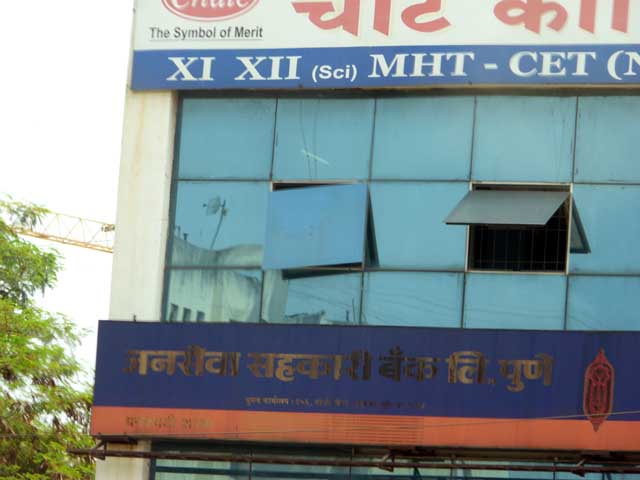 A projecting window ready to go, hanging on a single hinge. 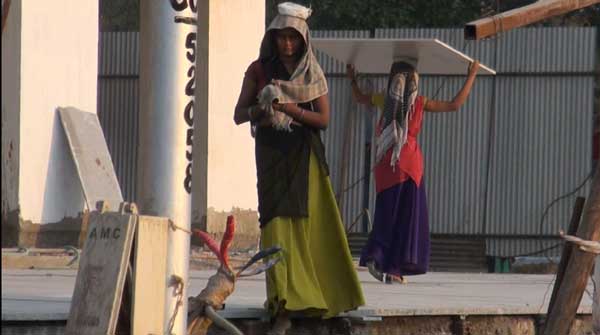 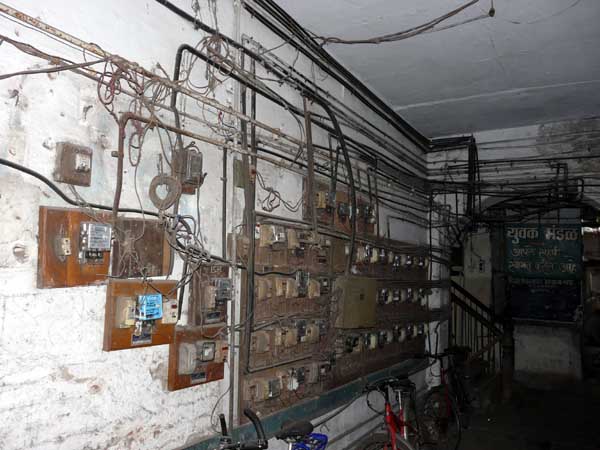 Electric meters and exposed wiring  in a typical  residential lobby.  User beware. The opposite  wall looks the same. 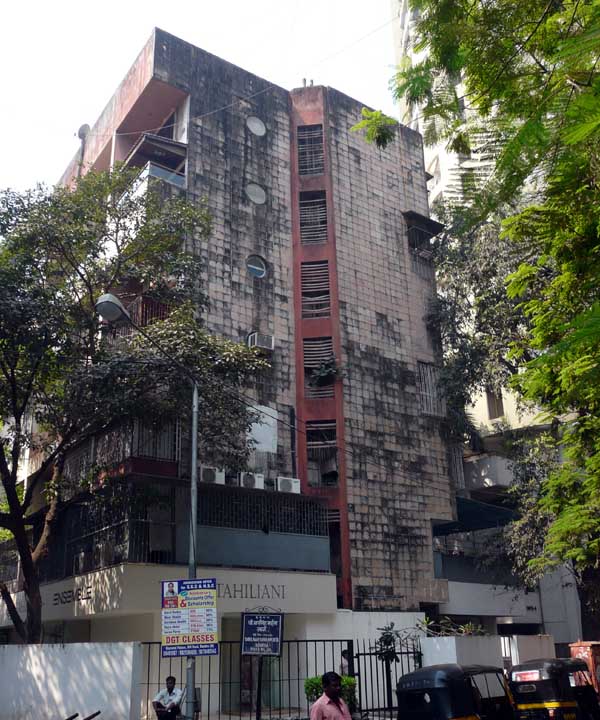 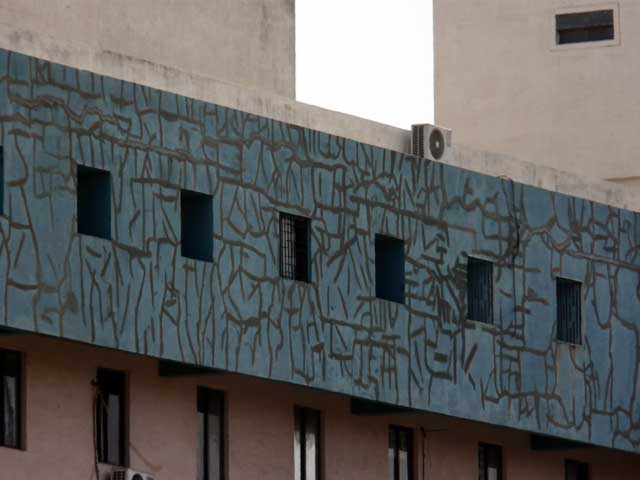 Facade of a hospital. Spiderweb of sealant joints covering cracks in the exposed concrete wall. 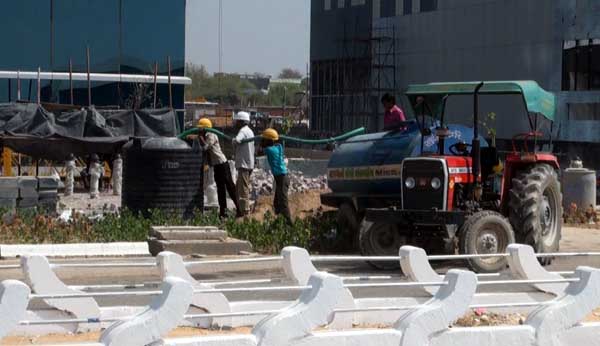