Q: How many times a wind pressure changes when the wind speed doubles?

A: Doubling the wind velocity increases the pressure four times. The relationship is square.

This, apart from being fairly intuitive for sailors, pilots, CFD modelers, and other folks who deal often with wind, is specifically codified for the construction sector in ASCE 7 by references in building codes. The equation 6-15 in par. 6.5.10 states “Velocity pressure, q,, evaluated at height z shall be calculated by the following equation:

Therefore, when the wind speed doubles, the pressure quadruples because the relationship is square. Many of you used handy windload pressure conversion charts to figure out the answer. Below is an example: 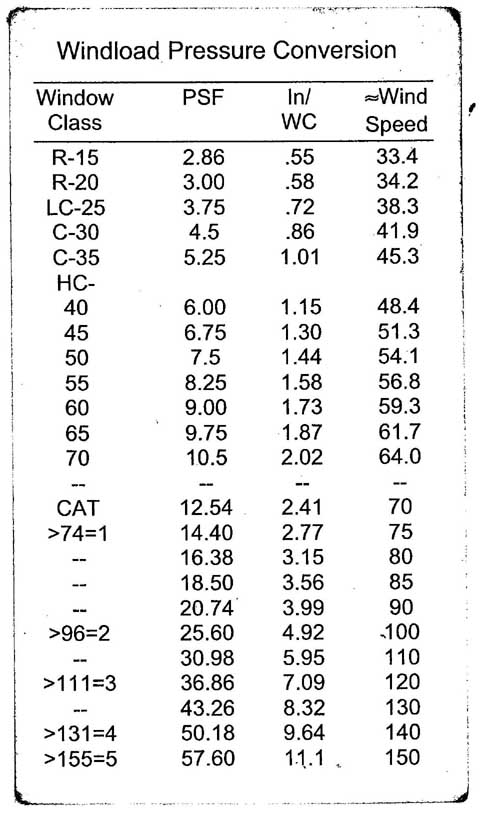 Q: Which is quieter: grouted CMU or insulated stud wall?

A: Heavier is better. This is one of the rules of thumb in noise resistance.

I.e. a  10” CMU grouted 2ft o.c. wall is approximately ten times (10 dB) better than 4” metal studs wall covered with ½” of sheetrock on each side and insulated with fiber insulation because it is heavier.

Q: Vapor retarder goes on which side, generally?

We typically assume that the WARMER side is experiencing the higher water vapor pressure. This is true for the majority of the normal above-grade building envelope applications. Therefore, a pressure differential is created across the building envelope assembly. Generally, in order to keep the assembly dry, we would need to layer it in a way that would create a drying potential. This would require that the permeability of the layers of the assembly should diminish in the direction of the flow. Consequently, the least permeable layer of the assembly should be placed against the warmer side.

This is typically further complicated by the transient character of the weather, causing periodic reversals of the “warm” and “cold” side. There are many sources available for those of you who are interested in reading. This and other items are discussed in my lecture “Thermal Engineering in Building Envelope Design.”

(I apologize for insulting intelligence of some of my respectable readers. This question was oversimplified to the point of being ambivalent for those who understand the building physics. The need for the vapor retarder is disputable in the first place. Secondly, if it is needed, it is needed at the side experiencing the higher water vapor pressure; however, I was never successful in introducing and explaining the term water vapor pressure to the average architect. The term “warmer” is also ambivalent: I assumed for most folks in my target group it means the DRY bulb temperature, and I added a clarification regarding the above-grade applications because it would not work in the typical basements, where the water vapor pressure is often higher on the COLDER side.)

Q: What shades work best on south facade in the U.S.?

This was a shortened version of the previous trivia: “What shading configuration would work best on the south facade in the North Hemisphere: horizontal overhangs or vertical fins?”

The answer comes from many sources; I was always inspired by the book: “Sun, Wind, and Light: Architectural Design Strategies” ISBN 0471820636 by G. Z. Brown, V. Cartwright

Again, I must apologize for the oversimplification. I had to settle at the certain level in order keep the questions short. The question was directed to the average U.S. architect within its contiguous geographic latitude range. I noticed that those of you who have some experience with the shading design got confused by the multiple choices available. The goal was defined in an ambiguous way. (In the North, as well as some arid climates, the solar heat gain is often welcome). Also, I did not define whether the shades are operable or not, and whether placed on the exterior of the interior. The hidden assumption was that the goal is to reduce the solar heat gain, the shades are fixed, and placed on the exterior.

This and other items are discussed in my lecture “Thermal Engineering in Building Envelope Design.” 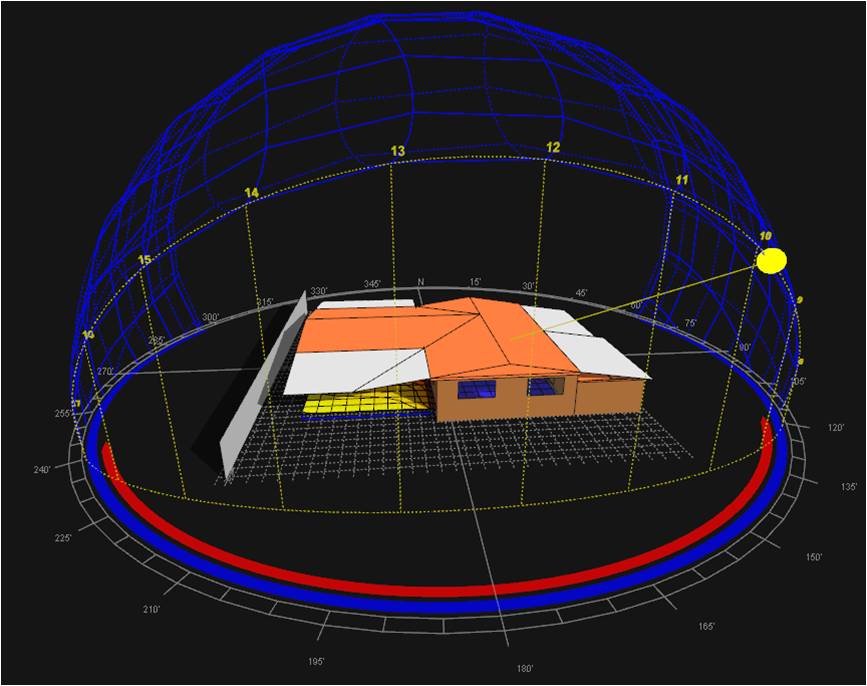 A: The pressure DECREASES. And it decreases a lot.

This was a shortened version of the previous trivia: “How a wind pressure acting on the cladding changes when the wind velocity parallel to façade increases?”

It is fairly intuitive for sailors, pilots, CFD modelers, and other folks who deal often with wind, and architects seldom happen to have enough time to enjoy these activities. Architects are taught that a cladding reacts to the perpendicular component of the wind force. Therefore, they assume that if the wind is parallel to the facade, the component is zero. Those who intuitively sense, that it doesn’t make sense, decided that the pressure must INCREASE. It is the illustration of the confusion between the direction of the wind flow and its pressure. This is an interesting, elementary question that I typically explain in my lecture “Principles of Facade Design” because architects  exhibit generally poor ability to distinguish a wind velocity from wind pressure.

The wind pressure decreases exponentially according to Bernoulli’s Principle. I am sure you already googled the Bernoulli’s principle once I gave you the right answer. For mental illustration you can make an experiment:

Grab an illustrated magazine, e.g. The Architectural Record. Bend the two covers over, and blow the air from your mouth between the two covers. 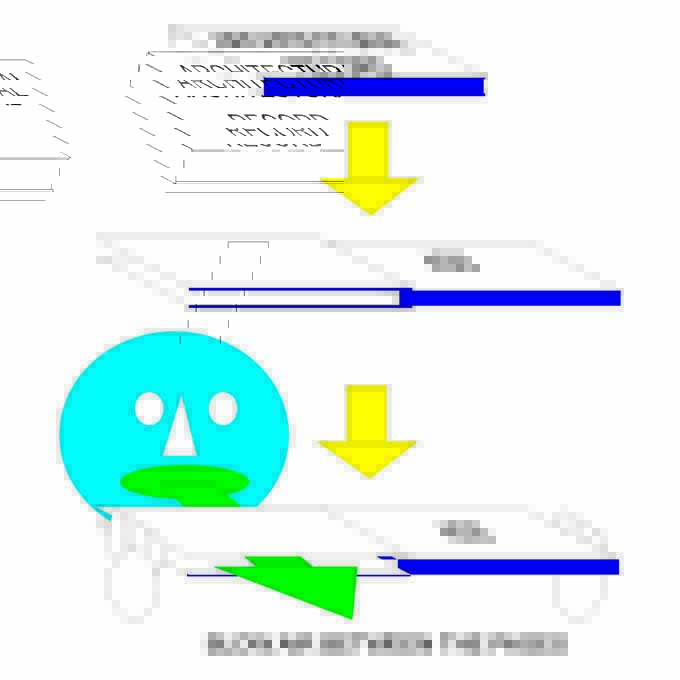 You will notice that the pages move closer, like attracted to each other. This is the same what happens to cladding between two buildings. 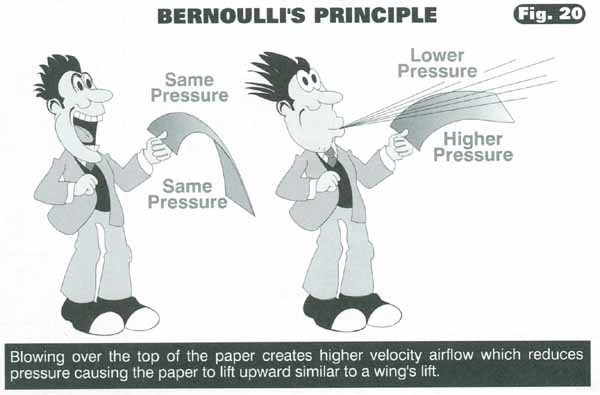 A:The unequal glass is roughly 1dB better even though it’s lighter. The two plies rezonate at different frequencies (besides other benefits as well). This is how  glass units are made in Europe: with unequal plies. America is backwards.

This was a shortened version of the previous trivia: “Which insulated glass is better: the one composed of two plies of glass of equal thickness, e.g. 1/4”-AIR-1/4” or the one with the interior glass ply thickness reduced by 30%, e.g. 1/4”–AIR- 5/32” ?”  Of course the latter one.

Air is cheap. Although all these strategies are used in noise reduction, the increase of the cavity distance is the most effective method in the glazing design. A window composed of two plies of monolithic glass separated by 200 mm deep air cavity achieves 50dB sound reduction. However, the 200 mm (~8 inches) is the practical limit of the depth of a double window cavity, above which the increase of noise reduction is less economical.

A. Not, unless they prefer another target. Rats are capable to bite through aluminum and lead.

Researchers spent years measuring stuff like that, and the complaint about pests, are often the largest hassle for building owners, and hence the excessive use of pesticides leads to the dramatic destruction of the natural habitat.

A. Yes. They are amazing acrobats. There is a hole book about the capabilities of miscellaneous pests. Every architect should read it.

A: All alkaline materials.

This was a shortened version of the previous trivia:” The deposits or water runoff from what kind of facade materials may affect inorganic glass?”

Mortar, stucco, and concrete are alkaline materials that in presence of moisture will deteriorate the glass. This is how it looks: 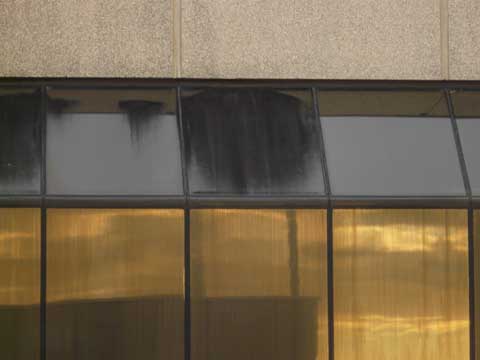 Q: How many times the thermal resistivity of a polyurethane spray foam (closed cell) is higher than a fiberglass batt, approximately ?

This was a shortened version of the previous trivia:” Approximately how many times a polyurethane spray foam (closed cell) is better than a fiberglass batt in terms of the long-term thermal resistance per the unit of thickness? E.g. What is the ratio of the R-value of 1 inch of SPF to 1 inch of batt?”

Q: How much more the spray foam costs, approximately?

Why does it matter? This is why it pays to reserve sufficient depth of the assembly in early stages of the design, to avoid insulation choice limitations.

One board-foot of SPF costs on average $2, while one board-foot of batt costs on average 2 cents.  Good luck finding the answer online; there are powerful interests working to obfuscate the answer.  I used the professional cost estimating books, but this was almost 10 years ago, and I believe the difference has dropped since then. However, the larger the projects, the lower the cost difference, due to other considerations, such as labor and SPF packaging. E.g. your average single family house would cost on average 3 times more to insulate to the same R-value with spray foam as opposed to mineral wool. However, SPF would save you on the air barrier, which on some projects, such as lumber frame cannot be economically retrofitted other way.

Q: You placed R-19 batt into stud wall; and your total R-value is:

The ratio would be 0.4. The thermal resistance would diminish 40% as a result of the thermal bridging, and the R-value of the wall would be R-7. How do we know? From ASHRAE 90.1 and many other sources.